Moderna was until recently a fairly unknown company in the public domain. It is now almost synonymous with the much-anticipated vaccine for the Corona virus. How did a Biotech company which raised over $5Bn so far, become one of the very first to solve such a challenge in such a short time and against formidable competition?

To answer this question, we must go back to its origins. In 2010, Moderna was simply known as Project LS18. Part of Flagship Ventures, a venture-capital firm that envisioned itself to be more than an accelerator for science-based startups, it followed a strict process in creating ideas, through scientific innovation and entrepreneurship, applied in untapped market spaces.  Flagship’s four-stage process required teams to ask bold ‘What-If’ questions…one of the questions posed by the Moderna team was ’What if mRNA, known as the ‘instruction manual’ our cells use to create proteins, could be a drug?’. This was a very different approach to traditional drug development, where weakened or inactivated forms of the virus are injected into the body – a long and arduous process. If mRNA could indeed instruct the body to ‘create its own drug’, and Moderna’s innovative platform approach worked, it could by-pass much of the effort and inefficiencies inherent in traditional vaccine development.

This question-driven process is designed to trigger rounds of exploration and hypothesis testing, to which Flagship eventually commits significant capital. Did the process work? Well, between 2013 and 2020, no less than 20 Flagship companies followed this entrepreneurially-led scientific innovation process to challenge long-held beliefs, commercialise ideas and eventually become publicly listed companies.

The value of asking ‘What-If’ questions can generate value well beyond the realm of technology innovation. How about management innovation? Could we apply the same rigour there? Moderna certainly faced this dilemma as it has grown and needed to build not only drug development but a manufacturing capability. For example, what if we digitised processes in a way that data is harmonised across systems? That became a cornerstone in Moderna setting-up not merely ‘islands of automation’ in its manufacturing process but digital processes which integrate more fully across the organisation at speed.

Working on tangible, real-world problems, where real impact can be achieved, has helped Moderna and other organisations discover new value and act at greater speed and agility. At times, we can use such an approach to solve perhaps not as lofty management challenges. In 2020, this question-based approach became the cornerstone for saving lives.

In this episode of Hidden Growth Champions we talk to the fascinating Mitchan Adams, Co-Founder and Head of R&D at Ozow and Dan Buntman Head of Strategy at Ozow.

Ozow is a start-up in the payment space and Mitchan and Dan have a really unique growth story to share as they asked ‘What If merchants could have client EFT payments cleared instantaneously and not days later?’ Enjoy the episode!

"We are pushing up against the boundaries of Human science with our approach, overturning several dogmas along the way - An obsession to learn.” 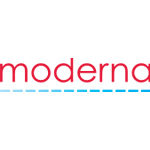