When speaking with entrepreneurs, whether they are busy building new and disruptive organisations or innovating within established ones, their story of growth and transformation often points to re-thinking industry paradigms. In order to grow beyond their industry confines, to sustain their trajectory beyond economic cycles and to innovate beyond the mere obvious improvements, we find that disrupting a current paradigm, to which our industry has been accustomed, is essential. In fact, such paradigms have become largely invisible. They seem ordinary to incumbent industry players and are therefore tolerated. This is where we often find the most fertile ground for disruption.

Some of the most notable examples of such entrepreneurial thinking occurs within regulated industries and when we enter a phase, called by well-known investor Ray Dalio, a beginning of a new Long Term Debt cycle – a period in which economic power shifts within a relatively short period of time, giving rise to new and more powerful economic players. While in our individual capacity, witnessing disruption on such scale may trigger confusion or even anxiety, as to why events no longer follow the predictable patterns we have grown accustomed to, it is a fertile ground for entrepreneurs seeking to build solutions beyond the short-term cycle we are more familiar with, navigating beyond the next corner – building something that lasts!

Here is an example – Anne Boden may have been little known outside Banking circles, until recently that is. Having started her career at Lloyds Bank where she helped establish the UK’s first real-time payments system, she was very much aware of how Technology was beginning to transform one sector after another. At one point, she noted ‘[as FinTechs] described new ways to conduct financial transactions, including mobile payments, money transfers, loans, fundraising and asset management, the more I looked at what was possible right then, the more inspired I became’. This was back in 2012. A few years have passed before she faced an entrepreneurial ‘fork in the road’ – she could continue to automate existing processes within established institutions and retire in the knowledge that the organisations she helped build are better off than she entered years before, or she can re-imagine an industry – and to do that, one had to step into entrepreneurial thinking, in full.

Her entrepreneurial venture, which became known as Starling Bank, is a true digital challenger at its core. It launched in the UK in December 2017, having been granted approval by the Financial Conduct Authority (FCA) and Prudential Regulation Authority to offer customers a wide array of financial products. Its entrepreneurial DNA showed in a number of industry firsts, such as launching their first business account several months later and a string of innovative offerings, with partners such as Mastercard and others. During 2020, leveraging their close interactions with customers and access to data, they launched the ‘Connected card’ – a second, secure debit card attached to the customer’s account for use by trusted friends, family or carers, to help those self-isolating. I can just imagine what a relief that brought to many families battling a lockdown for the first time.

This data-driven approach to disrupting industry paradigms is not the exclusive domain of Financial Services entrepreneurial minds. We see similar innovation being applied in the adoption of new eCommerce-driven business models in industries such as Pharmaceuticals, Consumer Products and Energy.

In a recent post, we recognised the need to accelerate our response to an emerging post-COVID world. We can see first-hand how organisations built for speed and agility can accelerate – bringing entrepreneurial vision of what their industries could become and focused execution – becoming a powerful combination. Just ask Anne… 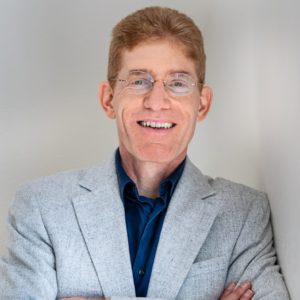 In the latest episode of Hidden Growth Champions we discuss our innovative Internship programme – you can hear from our interns themselves, learn how the programme came into being and why, now more than ever, creating new opportunities for the youth matters most.

In an upcoming episode of Hidden Growth Champions, we invite Dr. Adrian Saville back to our studio, to speak about how becoming a sustainable organisation requires more than just a good strategy (though that is certainly a good start). We speak about our work in measuring impact in a credible way  and how this data-rich approach can (and should) inform investment decision-making. A fascinating conversation on how one can bring Business value, Sustainability and Impact together.

“I came to the conclusion that no one can label you a failure when what you are trying to do is audacious. Botching something easy is a failure. Failing in an attempt to achieve something huge is just courageous.” 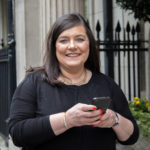