In his book, Simply Brilliant, well-known author and co-founder of Fast Company magazine, William C. Taylor, takes us on a journey, into the minds and hearts of the leaders of high-growth, high-impact organisations.  While the stories are varied and all unique in their own ways, one can recognise several enduring traits of these growth champions.

All the organisations featured in his work have capable, smart and street-wise management teams. These leadership teams often exhibit high levels of productivity, whether operating in the B2B, B2C and even the Social space, and have many resources to draw on, within their ecosystem. But they also have something else at their disposal – they all attribute their success to being able to bring two seemingly different yet valuable resources together – data and imagination.

Let’s take an example – Community Solutions, a US-based NGO, unveiled a bold plan in July 2010. Named The 100,000 Homes Campaign, it was to provide permanent housing for 100,000 chronically homeless Americans, within four years. The initiative was organised around a manifesto, outlining their defining principles. In it, they state, “The time has come to stop managing homelessness and start ending it” alongside “We cannot end homelessness in America until every homeless person on our streets is known by name, by someone who has carefully assessed their health and housing need” – In short, bringing data and imagination together.Over time, 186 cities and towns across the US embraced these (and several more) core principles. On 30th July 2014, exactly four years since it was launched, the final numbers for the 100,000 Homes Campaign were released, with permanent housing provided for 105,580 chronically homeless people. What an achievement, in solving such a big and important problem, for so many – in the US and around the world.

Organisations which bring data and imagination together, to solve messy problems, also use data differently – they use data to trigger curiosity amongst their people, not simply generate certainty. Data is not seen as ‘an answer’ to a pre-defined problem (though such situations certainly do exist and call for data-informed decision-making). They use data as a rallying call to explore, to ask why (as well as…why not), to see meaning behind the numbers, finding even better questions to pose. They see the opportunity which data alone cannot describe or do justice to. Leaders in such growth organisations know this well and recognise that they can create environments in which data and imagination work side-by-side, that there is a process to exploit what is certain but also explore what is yet to be discovered, without undermining each of these. The most common outcomes seen in these organisations…in fact, the currency by which they value the intersection of data and imagination, is organisation-wide learning.

This has not escaped the founders of the 100,000 Homes Campaign. With fresh learnings from the 100,000 Homes campaign, a follow-up project quickly took hold, aptly named Zero: 2016. Their goal – to end chronic, veteran homelessness, by the end of 2016.

In conversation with Kirsty Chadwick & John Dickenson of TTRO, who bring data and imagination together to deliver immersive learning experiences and development solutions to industry.

Our diagnostics provide the ability to evaluate how effective is your organisation in bringing data and imagination together – to adapt to new and emerging challenges, and in building a future-ready business portfolio.

“It’s not enough just to be competent – that just enables average work that fails to inspire. Nor is it enough to just be provocative – that’s where creativity forgets its purpose and serves itself more than the business. Rather than fight those two impulses, they counselled their colleagues to embrace the duality.”
From FCB, one of the world’s oldest and most award-winning advertising agencies 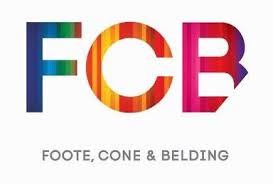