Unlearning: Our silent partner in transformation

A process of transformation is often founded on a deliberate effort to move towards a desired state. Sometimes, we only have an inclination of what that state is, sometimes we can only feel the energy, the call that asks of us to transform, other times the need for transformation is clear and present – we have the evidence and it is clear. Yet, in all of these possible paths to transformation, there is one common element – learning always takes place. As we and the organisations around us transform, we add new skills and knowledge to what we already know, and if we do this well, we ultimately become what Peter Senge called “learning organizations” – those that continually transform themselves, become self-aware, introspective, constantly scanning their environments and reframing their assumptions.

Unlearning is rather different and far less spoken about. Contrary to common belief, it is not about discarding what we know to make space for something new, an act of somehow forgetting, ‘deleting’ what information, beliefs and practices we have acquired. It is rather the ability to choose an alternative mental paradigm – a different mindset. When we unlearn, we step outside such paradigm in order to choose a different path. In fact, this is often where the paradigm itself, for the first time, becomes visible to us. And as we deliberately do this, we reduce the influence of old knowledge on creating new knowledge, new patterns of thinking, practices and learning. Very often, we find a new frame (a container, if you wish), into which we can pour new knowledge and skills, more appropriate to the new terrains we experience, uninterrupted by old knowledge, bad habits or limiting beliefs.

Recognizing that unlearning is not the deliberate act of forgetting, but rather of shifting our perspective, is powerful. It opens-up to us many ways in which we can in fact unlearn – as leadership teams, we could adopt new practices such as reflecting on the past as well as anticipating the future. We could disrupt organisational routines which have encouraged, even institutionalized old knowledge, even organisational structures within which such knowledge is embedded can be re-looked at (in extreme cases, organisations have even divested of these or outsourced such knowledge houses that no longer serve us under a new paradigm).

So why do we give unlearning the silent treatment? Perhaps because we are uncomfortable admitting that our current paradigms, the ones we have invested years, perhaps even decades in instilling, justifying, the ones our budgets and investment cases are often tied to, might not be as helpful in building the future of our organisation? Or perhaps the networks we have worked so hard at nurturing have lost some of their value, as we step forward – and that can rattle many of us. You see, for something to be unlearned, it does not need to be completely defunct, irrelevant or ‘broken’. It simply needs to be past its prime, no longer the most appropriate frame within which we navigate into the future. It is its relative value (or the gradual loss of it) that is more revealing than its absolute state. 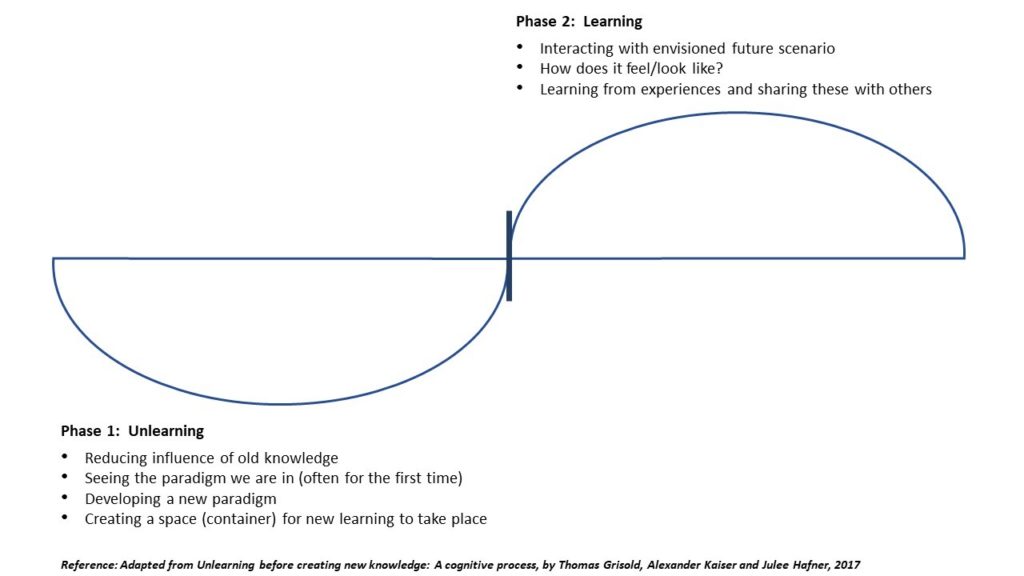 Let me share an example that has been, for me, rather close to home. As a parent, I can recognise how my University-going daughter is within a learning paradigm which is losing its grip on students, parents even educators themselves. The paradigm of a university-degree being the gateway to a successful career and, by implication, a prosperous life, has been losing its relative value, well before the current crisis has brought it to the fore. Other forces have been accelerating and precipitating a shake-up of its regal position as the only pathway to such a destination (assuming such an ‘end-state’ ever existed). Yet, as a parent, my attempts to unlearn have been a challenge, to say the least. No matter how much new information I gathered, the current paradigm persisted. This is until the paradigm itself became visible to me. I found myself taking a stop from bringing new knowledge into our discussions (which would often induce more stress in my daughter, trying to cling onto her many years of investment in the education system) and we began to examine the paradigm itself. By reframing from a singular pathway to prosperity into a multiplicity of pathways, what I found were new options – ones that my daughter could, if she wishes, activate while still in her 20’s – from building a portfolio life rather than a singular career, to combining seemingly different skill sets into a new profession (she is a lover of visual arts and fascinated by how they impact our psychology). I stopped digging my heels into her post-graduate study and began to be helpful, in exploring such new pathways. It is not easy, I admit – disruption is never kind to the incumbents (even if you’re a caring parent), but it’s essential. And the best thing, as we become adept at using a new mindset, we accelerate learning. We can act with greater speed and agility and we have new data at our disposal to navigate better.

Unlearning is no longer a silent partner in that relationship, but rather an active participant in navigating a new world.

Have a good weekend everyone.

Unlearning is increasingly recognised as a pre-requisite for innovation. Cris is the author of ‘Building a Culture of Innovation’ who shares some fantastic insights with us in this episode about what it takes to build an innovation culture.

Want to know more? Our diagnostics provide the ability to evaluate how an organisation can best adapt to new and emerging challenges, what must be unlearned and what else could stand in the way of a future-ready business portfolio.

’When it comes to education, it may seem ironic, but to achieve success in the future, one of the key factors will be the ability of educators and administrators to unlearn." 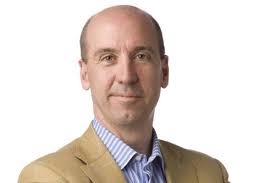